The Color of Loyalty by Michael Eric Dyson 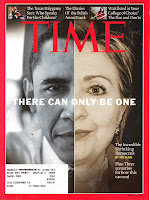 The essay, "The Color of Loyalty" by Michael Eric Dyson appeared in the May 5, 2008 issue of TIME magazine.

Mainstream America has shown little understanding lately of the patriotism that a lot of black people practice. Black love of country is often far more robust and complicated than the lapel-pin nationalism some citizens swear by. Barack Obama hinted at this when he declared in Montana a few weeks ago, "I love this country not because it's perfect but because we've always been able to move it closer to perfection. Because through revolution and slavery... generations of Americans have shown their love of country by struggling and sacrificing and risking their lives to bring us that much closer to our founding promise"

That's a far cry from the "My country, right or wrong" credo, which confuses blind boosterism with a more authentic, if sometimes questioning, loyalty. At their best, black folk offer critical patriot-ism, an exacting devotion that carries on a lover's quarrel with America while they shed blood in its defense.

It is easy to see why the words of black critics and leaders, taken out of context, can be read as cynical renunciations of country. Abolitionist and runaway slave Frederick Douglass gave a famous oration on the meaning of Independence Day, asking "What, to the American slave, is your Fourth of July? I answer, a day that reveals to him, more than all other days in the year, the gross injustice and cruelty to which he is the constant victim." But in-stead of joining the chorus of black voices swelling with nostalgia to return to their African roots, Douglass stayed put. Poet Langston Hughes grieved in verse that "(America never was America to me) ...(There's never been equality for me,/ Nor freedom in this `homeland of the free')." But his lament is couched in a poem whose title, like its author, yearns for acceptance: Let America Be America Again.

Even Martin Luther King Jr. was branded a traitor to his country because he opposed the war in Vietnam. When King announced his opposition in 1967, journalist Kenneth Crawford attacked him for his "demagoguery," while black writer Carl Rowan bitterly concluded that King's speech had created "the impression that the Negro is disloyal." Black dissent over war has historically brought charges of disloyalty despite the eagerness among blacks to defend on foreign soil a democracy they couldn't enjoy back home. Since the time of slavery, blacks have actively defended the U.S. in every war it has waged, from the Civil War down to the war on terror-ism, a loyalty to the Federal Government conceived by black leaders as a critical force in gaining freedom. W.E.B. DuBois argued in World War I that blacks should "forget our special grievances and close our ranks ... with our white fellow citizens." Some 380,000 soldiers answered the call even as they failed to reap the benefits of their sacrifice when they came home.

Even the angry comments of Jeremiah Wright have to be read as the bitter com-plaint of a spurned lover. Like millions of other blacks, Wright was willing to serve the country while suffering rejection. He surrendered his student deferment in 1961, voluntarily joined the Marines and, after a two-year stint, volunteered to become a Navy corpsman. He excelled and became valedictorian, later a cardio-pulmonary technician and eventually a member of the President's medical team. Wright cared for Lyndon B. Johnson after his 1966 surgery, earning three White House letters of commendation.

Dick Cheney, born in the same year as Wright, received five deferments --- four while an undergraduate or graduate stu-dent and one as a prospective father. Both Bill Clinton and George W. Bush used their student deferments to remain in college until 1968. Clinton did not serve, and Bush was on active duty in the National Guard for two years. If time in uniform is any measure, Wright, much more than Cheney, Clinton or Bush, embodies Obama's ideal of "Americans [who] have shown their love of country by struggling and sacrificing and risking their lives to bring us that much closer to our founding promise."

Wright's critics have confused nationalism with patriotism. Nationalism is the uncritical support of one's country regardless of its moral or political bear-ing. Patriotism is the affirmation of one's country in light of its best values, including the attempt to correct it when it's in error. Wright's words are the tough love of a war-tested patriot speaking his mind --- one of the great virtues of our democracy. The most patriotic thing his nation can do now is extend to him the same right for which he was willing to die.